Bob Dylan - Must Be Santa

This one always bears repeating!
Perfect to keep in mind when visiting problematic family.
How could anyone be in a bad mood watching this?
Just imagine them at this party!


Preview of things to come-
The aging of artists.
re:
all the commentary that the Wall Street Journal's inane column on
Bob should retire nonsense.
Posted by oh mercy at 4:05 PM No comments: 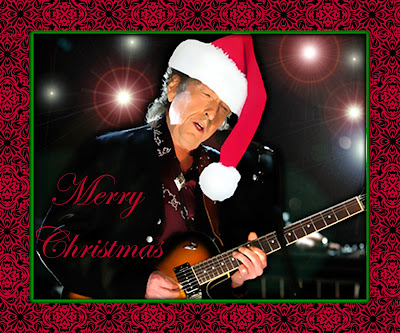 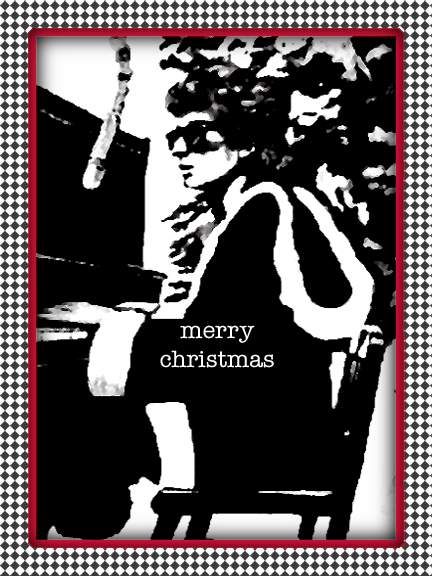 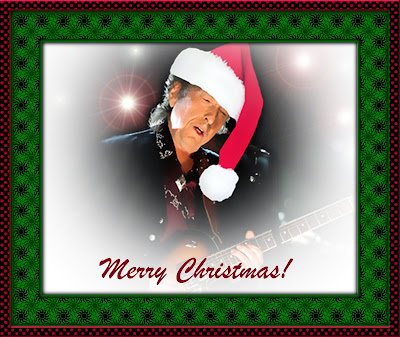 I couldn't decide which of these to post- So enjoy them all.
I really should have posted them yesterday in case anyone
wanted to download them and send them as ecards.
Oh Well!
Hope you all have a Happy Holiday!
Posted by oh mercy at 3:45 PM No comments:

Email ThisBlogThis!Share to TwitterShare to FacebookShare to Pinterest
Labels: Bob Dylan, Christmas, Must be santa

How Can I Explain- Part 2 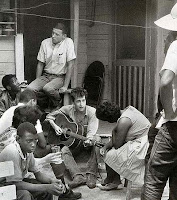 So where was I?
I was saying that Dylan became a man to me- what I mean by that is that he was no longer a composite of all the cliched labels that have been projected upon him.all the images of the past, the folkie Bob, the hipster Bob, the pastoral Bob, The Rolling Thunder Bob, the Gospel Bob,  the Infidel Bob, the rock star Bob, Bob the enfant terrible, the enigma, the shape-shifter, the trickster, the re-inventor, the mage, the grump, the difficult, the elusive coalesced into a person. duh.
I mean of course he was a person and I always saw him as such. But...

My Intentions Are Good...

I once had a friend who told me she had decided  that her epitaph would be "She Meant Well"
which might not seem so funny to you and maybe you had to be there but we were hysterical.
We decided mine would be "Her Intentions Were Good."

So why am I bringing this up and what does it have to do with Bob Dylan?
Well throughout the years with Bob different aspects of his music/art/life come to the forefront in my thoughts and appreciation. There is always something new to find in the lyrics, the phrasing and nuance on the recordings, the layers of meaning that open up piercing your heart or blowing your mind and giving a new personal revelation.

Lately however what I am finding most inspiring is Dylan's commitment to his art. It isn't as if I hadn't thought of it before- I've always admired his ability to grow, evolve, spread out from his center and find new places of creativity. Plus his ability to move forward through it all no matter what is astounding. Whatever critics said (good or bad) or how many times fans "turned" on him he just kept going and letting some kind of inner knowing guide him through. The best example of that is the "judas" performance/tour. As you watch footage from that tour you hear catcalls, boos, voices telling him to get off the stage, to go home. But look at him. He is contained- seemingly impervious. He hears it but he has this steely will to do what he came to do and he will not be driven from his purpose by the disapproval or hostility of others.

How Can I Explain- Part 1

HOW CAN I EXPLAIN...
I don't know how it all got started. I don't know what has happened to my life.
I just know that one day things had changed in my relationship to Bob Dylan and his music. I heard him breathe, the sound of him taking a breath on some song I'd probably heard a few hundred times and from that moment on I thought about him differently. My thinking/feeling towards him deepened. His artistry became more real not just appreciative words. Rather than pulling him in I began moving out. It stopped being all about me and what his music gave-and gave- and gave to me and to all the other individuals who have been captivated by him, each according to their own knowing. Instead I began to hear the universality in his language on a new level. I began to feel the individuality of archetypes, those that inhabit his lyrics and those that appeared to come through him in his ever changing, seemingly shapeshifting personas. Paradoxically perhaps his unique personhood and simple humanity showed itself in that one breath.
He became much more than the amazing artist I intermittently- though often waxed rhapsodic about and extolled the amazing-ness of to any who would listen. I don't know, maybe it seems idiotic to say this but the best way I can express it is that-  He became a man to me.

I'll explain what that means later but first let me backtrack and go over a little of my history as it relates to Bob.

I have been working on some digital Dylan images for art journaling and I thought I ought to post them as they go rather than waiting till I have an art journal entry.
Kind of a works in progress idea. if you click you'll get a larger image.
Nice, if I say so myself!
Feel free to print them if you like.
An all Bob Etsy shop... What do you think?

Since I am planning yet another etsy shop- I have 2, both of which I have been ignoring)this coming one will be pretty much all Dylan, all the time
so I went over there started browsing the Dylan offerings (on ETSY) last night. Along with T-Shirts, hoodies, tank tops and infant onesies (toooo cute) there are button pins, earrings, magnets-


I  liked this print quite a bit: "You always have to realize that you're constantly in a state of becoming."

"He not busy being born is busy dying."

"If you wanna know about me its all in the songs..."
I seem to have ever evolving ideas and hopes for this blog as different sparkling facets of Dylan's work catch my black crow's fascinated eye.
If you are interested in reading more about the who, what, where, why and how of this blog go to the tabs above and click "ABOUT"
Otherwise, its all in the posts.

"Well I think we better talk this over..."
Comments and conversation is most welcome and enjoyed. I hope you will join in and a conversation will develop eventually.
Also if you link to something here through discussion or quotation- I'd appreciate letting me know so I can read you too.

"or a picture up on somebody’s shelf...”
All altered photos may be downloaded for personal use if one should capture your fancy.
Finally, Thank You my dear Dylan friends.
All written content, altered photos and artistic imagery is copyright protected.

oh mercy
The Art of being Bob Dylan- his influences and impact on culture seems to have become my main interest these days. AVATAR CREDIT: Covenant Woman Michael Maxwell - Maxwell.MiATmonet.k12.ca.us